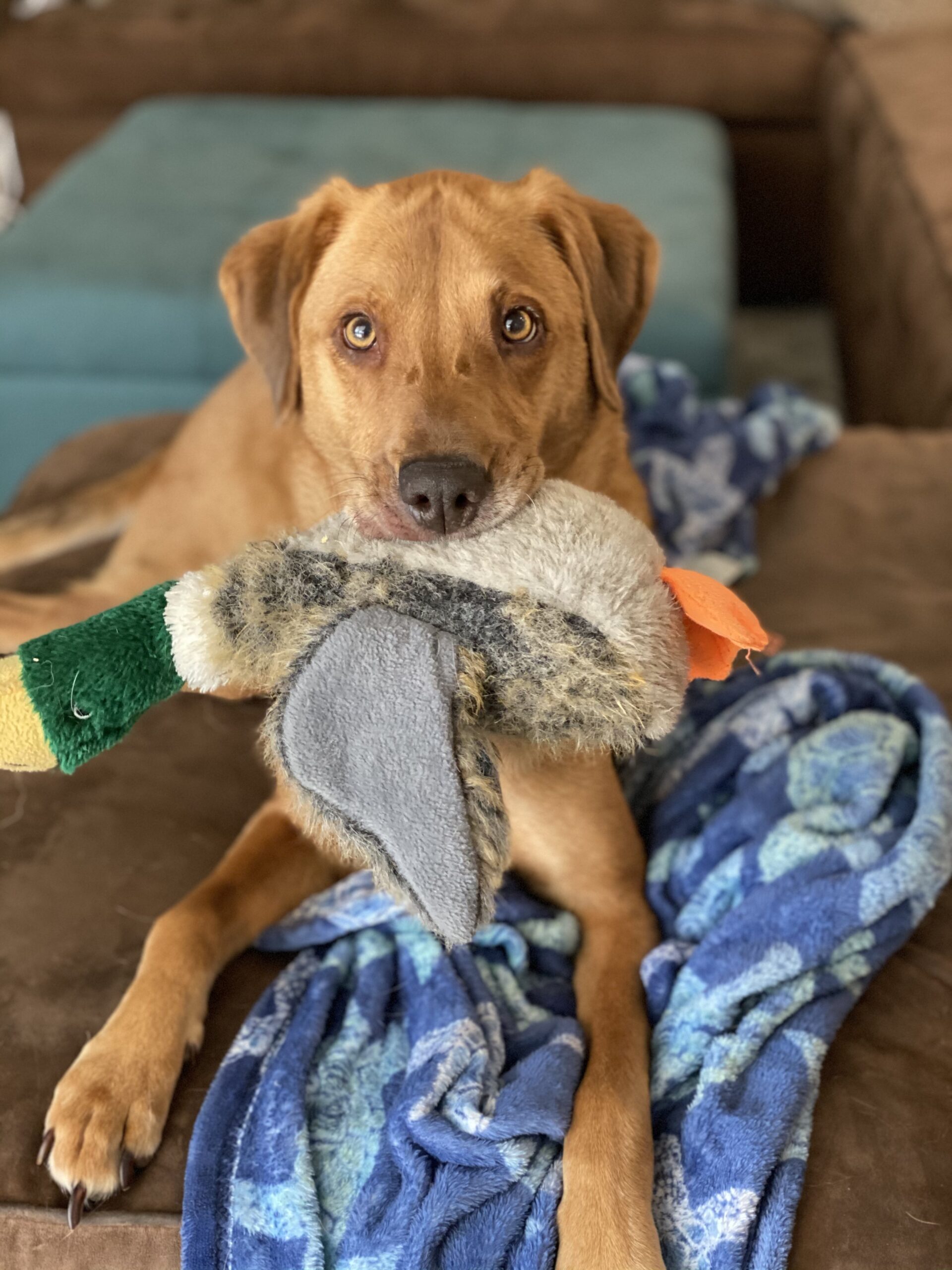 In early October 2020, we received a call from one of our partnering shelters of an animal in need of help. Sadie was an 8-year-old mixed breed dog who went through an unimaginable tragedy, her beloved owner passed away and no one knew she was left in the house alone. When animal services finally found her, Sadie was down to less than 27 pounds after weeks of starvation. While in a foster home, Sadie’s foster family discovered that she loves to play, always carrying a toy around the house. After several months, Sadie is now 57 pounds! When it came time for Sadie to be adopted, her foster family realized that they couldn’t let her go, and was adopted into her forever family in March 2021.